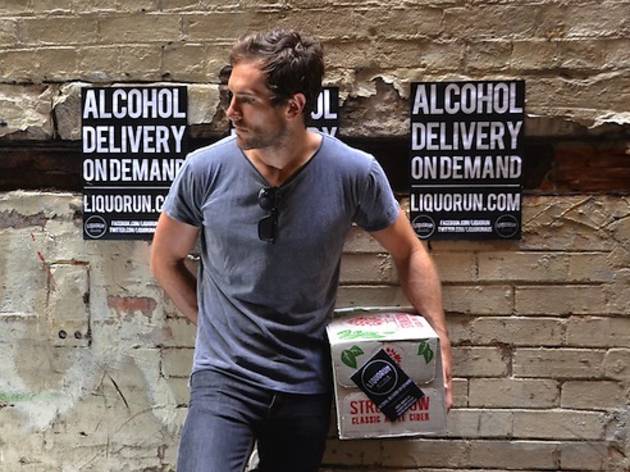 When I led Liquorun, a delivery startup I co-founded in Melbourne in 2013, my team and I started out every day with a series of questions: “What was the weather going to be like? Any sporting events? How many drivers do we have? What did business look like on this day last year?” Using this data, we planned our day.

But it didn’t always work out as planned—a common problem in this line of business. Some days we got slammed by unexpected problems, causing all of us who would normally work the phones to hit the road ourselves in cars, bikes, and scooters. Here’s the story of one of those days, how we got through it, why we added another question to our daily repertoire, and the steps we took to make our delivery operation much more efficient and effective—steps that you and your team can take too.

One day, most of our drivers called in sick. It was bizarre, we had no idea why it was happening, and we were scrambling. Only later did we figure that India was playing in a big cricket match at the Melbourne Cricket Ground, and many of our drivers at the time were of Indian descent. Not only did we have to deal with the traffic that comes with a major sports event, but we didn’t have enough handlers to work a busy day of deliveries (some of which were probably fans ordering a beer to watch the match).

It was chaos. I was on the road and our staff that normally handles calls was too. It was painful.

The first lesson: include more data in your model

The cricket match taught us lots of lessons. First, we had been excluding some small yet critical data: sporting events. We started entering that into our models we used to determine how large of a fleet we’d need that day, and when and where to deploy drivers.

Second, we developed a crucial strategy: let’s keep a contingency fleet—a group of drivers who would get a bonus if they were ever called up—at the ready. These days, we see this model in the form of the more sophisticated surge pricing from companies like Uber and other urban logistics platforms.

How’d we determine if the backup fleet was needed? We took a look at the historical data, asking how often orders were placed in our different delivery zones (this was very manual still). If the demand was much higher than the supply of drivers, we knew we needed to have the reinforcements in that zone. That evolved into a program running in the background that would advise drivers to stay in a certain area because deliveries would be coming and dramatically helped planning the roster each shift (a program that, with others, would eventually evolve into Version 1 of GetSwift).

The next step: make a list of your challenges

A shortage of drivers is just one issue your delivery operation may face. Your next step is to break them all down, one by one. Some examples could be:

Let’s take a look at the average time of the trip. If you export all your trip times into an excel sheet with some other basic information like destination, starting zone, time of day, distance, the number of drivers in your fleet, you can start to learn a few things. Look for outliers—any trips that took a really long time—and eliminate them. See how much it affects the average. If the result is a much lower average delivery time, you might consider doing what we did at Liquorun, consolidate your delivery zones.

Although eliminating one or two zones means losing some potential customers, you will likely gain something much more important, the customers who are delighted regulars and buy more, which outweighs the cost of a lost customer that you might have originally wanted to service. A similar analysis could remove one low-performance driver from your data. If that significantly improves your delivery time, maybe it’s time to have a hard conversation with that driver.

In sum, think of your operation as an organism and look at it from a macro standpoint. Every single data point impacts every other data point within the organism. To keep the organism healthy, sometimes you need to pull out or add a couple of data points. And folks, this optimization never ever ends! You have to keep testing and refining to keep getting better.

Finally, real-world testing, aka trial-and-error, is the key to improvement. That’s the only way you can learn if your theory, based on data, helps your business. You can test literally anything—from what might happen if you eliminated two delivery zones to what if you doubled your fleet size.

Your tests can go beyond driver management into marketing and e-commerce. For Liquorun, it was as simple as changing the button color on the home landing page from green to blue. Once we did, we were surprised at the outcome. We started getting 30% more visitor entries to our menu page. Be curious. What else can you improve? It’s really fun and you can find profound results. Test against your bias and let the data tell you the story.

Where to go from here

Being a delivery operator is a day-to-day grind. But there are concrete steps you can take—even beyond calling platforms like GetSwift and  Delivery BIZ Pro, a platform we recently acquired—to solve a lot of your pain. Starting today, you can dig into the data and test it out on the road. In doing so, you’ll not only be making immediate improvements but also laying the roadmap for your future success, so you can conquer the chaos of delivery and start loving your last mile.

Interested in conquering the chaos? GetSwift can help you start improving your delivery operation in hours. Launch Your Free 30-Day Trial.