Live tracking and proof of delivery have elevated customer service at the game-room furnishings retail company. About a year ago, Billiard Factory, which delivers game-room furniture from 10 stores across Texas, Nevada, and Florida, was running on manual. Prior to starting a delivery, drivers would have to make phone calls to customers to let them know when their deliveries were scheduled to arrive. After the delivery, drivers would have to jot down any problems (like a scratch on a pool table) on a paper receipt that would sit in a truck all day and not be seen be a dispatcher until the following day.

All this manual work led to all sorts of potential for mistakes—before and after delivery. Some drivers would occasionally forget to call (meaning they could show up unannounced with a pool table in-hand) and others weren’t very comfortable talking on the phone. After a delivery, Billiard Factory had very little immediate visibility of any problems or customer complaints.

But Billiard Factory has now conquered these problems with GetSwift’s driver and customer apps. Before a job, a text message gets automatically sent to customers giving them a live tracking link and an ETA, allowing them to plan their day around the delivery. After the job is complete, drivers are automatically asked to fill out proof of delivery in the GetSwift app—with room for photos, a signature, and notes. This data is immediately seen by dispatch.

“Now, we get instantaneous feedback not only with notes but with pictures,” Ken Santoro, the IT Director at Billiard Factory, said. “We can take action on those issues before the driver gets down the street.”

“We get back to the customer before they even have a chance to call us or write a bad review,”  Santoro said.

The big benefits of the app: Visibility and Automation 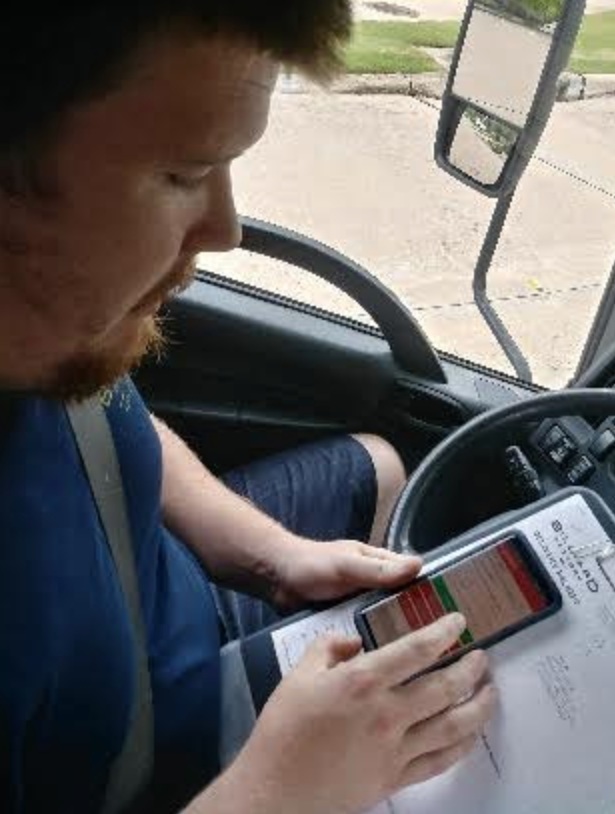 For one of Billiard Factory’s most senior installers, Patrick Disney, and his colleagues, the app has been a game-changer. Now, with the click of a button saying he is on his way, the customers he serves get a live ETA. He also clicks when he’s at the job (to let dispatch know) and when it’s completed. If you’re counting, that’s only three times that he interacts with the app during an entire delivery.

“It’s a very simple process. I can’t really complain about the little bit that I have to do,” Disney said.

But the biggest benefit he’s seen is how much the automated alerts and live tracking help customers plan their day.

Disney told the story of a customer with a beach house an hour-and-a-half from Houston, where she was at the time. “By getting her that automatically-sent GetSwift text, she was able to drop a few things, head out to the beach early, and meet us at almost the exact same time that we arrived,” he said.

“They love knowing where the drivers are at,” Santoro added. Since using the app, “customer satisfaction is way up.”

While it doesn’t happen often, something can go awry –like a driver makes a mistake or a foosball table arrives damaged—customers end up happy because the problem is immediately addressed.

“While we can see some customers are disappointed that the product came in damaged or there was a scratch, a driver will still get a 5-star review. A lot of that has to do with the driver’s know-how but a lot has to do with transparency,” Santoro said.

Using GetSwift To Elevate Their Game

Now that they have so much more transparency into their delivery operation, Santoro sees endless possibilities.

First, sales reps—who also have access to the GetSwift data—can manage all their sales cycles more effectively. The day after delivery, they can make follow-up calls armed with the photos and notes from the day before. Second, Billiard Factory can start turning installation data into business intelligence: When they know exactly how long each piece of furniture takes to install, they can plan accordingly.

Most importantly, GetSwift has helped Santoro with his #1 IT initiative: wowing customers.

“GetSwift brings transparency to our deliveries and takes our game to the next level. It’s the final piece when it comes to perfecting delivery and wowing our customers,” Santoro said.

To learn more about how GetSwift’s smart delivery platform can elevate your business, Get in touch with us.